Kendra Cooley, Lead Teacher (she/her)
Kendra grew up in a small agricultural town in Northern California on the ancestral lands of the Southern Winton and Patwin tribes.  She spent much of her childhood with her two sisters exploring on her family's farm, riding bikes, swimming in rivers, and making art.  After finishing her Bachelors in Child Development at California State University in Chico she spent stints of time in Europe and Central America working on organic farms, until landing at Davis Waldorf School. There she assisted in the preschool while creating an outdoor mixed-ages nature immersion summer camp.  During that time she managed a small farm growing food for low income schools and surrounding food banks through the Center for Land Based Learning.

​After completing her Early Childhood Waldorf Teacher Training at WTEE in 2017 she was thrilled to join Olympia Waldorf School and the Little Violets Preschool.  Kendra delights delving into the realm of imagination and facilitating opportunities for children to learn through stories, exploring outdoors, creative work, and play.  In her spare time Kendra enjoys being an auntie, reading, making art and zines, riding or fixing her bike, crafting, visiting various landscapes on hikes and train rides as well as staying engaged in racial and social justice initiatives.

​Carly Martin,  Assistant (she/her, they/them)
Carly Martin grew up in the suburbs surrounding Philadelphia, PA on the ceded land of the Lenape tribes, where she spent her days as a kid riding scooters around the neighborhood with her sisters, making art, dancing, and watching nature exist with wonder. When Carly was 19 she lived in Nevada City, California in an intentional community and semester school that focused on sustainability, farming, and social justice. After that life changing experience, she decided to pursue her bachelor’s degree at The Evergreen State College, where she graduated from in June 2019. During their time at Evergreen, Carly’s studies included; public health, disability studies, queer studies, political economy, and alternative education within an anti-racist/ anti-biased framework. Carly spent time as a camp counselor at a Quaker summer camp in CA, where she led kids on backpacking trips and was able to create and facilitate a “farm-to-table” teen leadership camp. She has spent the last four years working in various preschool settings, such as The Evergreen Children’s Center, Nature Nurtures Farm Preschool, and Acorns Forest School, all of which have only fueled their love of working with children in nature based ways. In her free time Carly loves working on weird sparkly art projects, making plant medicine, being in nature, and cooking with friends. 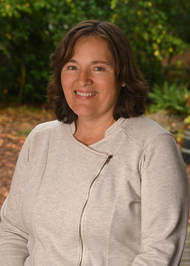 Ms. Susan Palmer, Lead Teacher
Susan Palmer was born in Olympia, Washington, and returned to the community in 2008 to begin teaching at Olympia Waldorf School. Susan grew up primarily in Alaska, where she enjoyed ice skating and camping as a child. She has fondest memories of her family's cabin by the Kenai River, with many years spent fishing and canning salmon. Susan has enjoyed living in all regions of the United States, with stays in the great cities of New York and Los Angeles along the way. She obtained her BFA from the San Francisco Art Institute, and completed graduate courses in writing. She followed her love of Waldorf Education to the Rudolf Steiner College in California, and completed her teacher training in the summer of 2009 Susan enjoys all aspects of Waldorf Kindergarten, but most delights in the children's enthusiasm for each new day. Susan has the great good fortune to spend time sharing her love of arts and language within the Kindergarten curriculum of stories and songs, nature and festivals. The magic found in Waldorf Kindergarten occurs when each child is fully seen and respected, and Susan considers it an honor to witness each child's developing consciousness. She endeavors to "hold the light," whether participating in moments of happy sharing, or those "teaching moments" fraught with conflict. ​Claire Twitty, Assistant (she/her)
Claire grew up in Gig Harbor, WA, then moved to Olympia in 2015. Even though she spent most of her upbringing in Gig Harbor, she considers Olympia her hometown because of how she fell in love with the community. During her childhood, Claire spent her time exploring the woods that surrounded her home, building fairy houses, and making art in whichever way the creativity struck! Nowadays, Claire still enjoys many creative projects, from handwork to painting. Last year, Claire adopted a rescue husky mix puppy named Clover, whom she loves to train for possible competition. Claire came to OWS in 2017 as apart of the grades aftercare team. She eventually took on the role of the program's coordinator, but she was drawn to early childhood and transitioned to the role of Kindergarten Assistant in 2019. She loves it because of the deep connection to nature, and of course, getting to build fairy houses again! Claire has plans to return to school in the spring part-time and is leaning towards studying education.

​Lucina Strandjord, Assistant
Lucina grew up in Sebastopol, California, a small town on the edge of wine country. She enjoyed spending her childhood making art and playing in nature with her brother. Lucina spent most of her life in Waldorf education, from kindergarten all the way through Grade 12. After high school, she attended University of Puget Sound, where she received a Bachelor’s of Art in Science, Technology, and Society & German Studies in 2019. Lucina spends her free time beekeeping, baking, and hiking in the beautiful Pacific Northwest. This is Lucina’s second year at Olympia Waldorf and she is very excited for this next year in the Sunflower Kindergarten.
Interested in joining our talented team of faculty and staff? Check out the Employment page!
OLYMPIA WALDORF SCHOOL
Toddler - Grade 8 • Independent • Non-Sectarian
Accredited by Association of Waldorf Schools of North America
Member School of Northwest Association of Independent Schools
Olympia Waldorf School does not discriminate on the basis of race, color, national or ethnic origin, religion, disabilities, sexual orientation (including gender expression or identity), gender, or economic status in the administration of its admissions and academic policies.
​
MAIL PO BOX 130, East Olympia, WA, 98540 VISIT 8126 Normandy Street, Olympia, WA  98501
CALL 360.493.0906 EMAIL info@olympiawaldorf.org
© 2016 Olympia Waldorf School ﻿